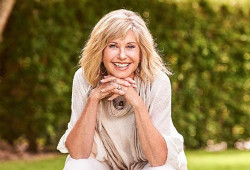 The World Spa Awards Wellness Pioneer 2019 was awarded to Olivia Newton-John. With a career spanning over five decades with more than 100 million albums sold, Olivia Newton-John’s successes include four Grammys, numerous Country Music, American Music, Billboard and People’s Choice Awards, an Emmy Award, ten #1 hits and more than 15 top 10 singles. In 1978, her co-starring role with John Travolta in Grease catapulted Olivia into super-stardom and to date remains the most successful movie musical of all time.

Throughout her career, the star has held many humanitarian and environmental causes close to her heart. She served as Goodwill Ambassador to the United Nations Environment Programme, was the co-founder of Children’s Health Environmental Coalition (now Healthy Child, Healthy World) and, in 1992 she created National Tree Day in Australia, which is responsible for planting more than 10 million trees since its beginning. She also co-founded One Tree Per Child, an international school initiative with the goal of having every child under the age of ten plant at least one tree.

In keeping with her wellness efforts, Olivia also is a proud co-owner of the award-winning Gaia Retreat and Spa in the Hinterlands of New South Wales, Australia. Gaia recently celebrated its’ 13th anniversary in 2018 and added 12 new international awards to their ever-growing list – including three prestigious wins including “Best Boutique Hotel” and the “World’s Best Day Spa” at the World Spa Awards.

In 1992, Olivia was diagnosed with breast cancer. Her personal journey with cancer led her to announce her partnership with the Austin Health and the creation of the Olivia Newton-John Cancer Wellness & Research Centre (ONJCWRC) in her hometown of Melbourne, Australia. After nearly ten years of fundraising close to $200 million, the ONJCWRC opened its doors in 2012. The Centre provides a comprehensive range of services and facilities for cancer treatment, education, training and research as well as a dedicated wellness centre (ONJCancerCentre.org). 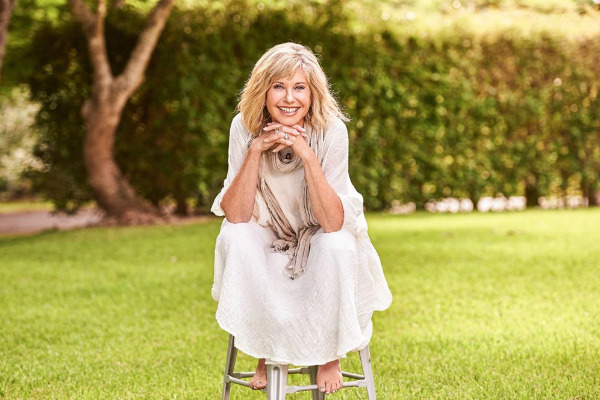